Canadian and South Korean animated co-production The Nut Job has a new trailer online. Based on Peter Lepeniotis’ 2005 short Surly Squirrel, this film is ToonBox Entertainment’s first feature length film. This film has a planned release date for January 17, 2014, and features the voices of Will Arnett, Brendan Fraser, Katherine Heigl and Liam…

Triggerfish Studios has released the first trailer for its new South African animated film Khumba. This newest feature from Triggerfish Studios opens in South Africa on October 25, and will arrive in theaters and On Demand on December 6 in the US and worldwide. It had it’s World Premiere at the Toronto International Film Festival in…

A Tale Of Two Snow Queens

It was the best of animation, it was the worst of animation. Over the next couple months, you will be able to choose for yourself which is the true Queen, and which will be the also ran. One is from Disney, and one is produced in the frozen land of Russia; both are based on…

First Teaser Up For Laika’s Boxtrolls 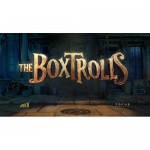 Laika Entertainment, creators of 2009’s Coraline and last year’s Academy Ward nominee ParaNorman has just released their first teaser trailer for their next animated film, The Boxtrolls. Set for release on September 24, 2014, The Boxtrolls will be the first stop-motion animated film directed by Anthony Stacchi and Graham Annable. 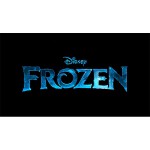 Disney has released the first trailer for Frozen, their take on the Snow Queen tale made famous by Hans Christian Andersen. Set for release this November, Frozen is a story that Walt himself considered doing, but never actually started on. A version was considered in 2002. By 2010, Disney shelved that project, then changed its status to “on hold.” The film gained new life in late 2011. when Disney announced a new title for the project (Frozen), and committed to a 2013 release date.

With DreamWorks Animation’s “Rise Of The Guardians” winning all kinds of awards- even before it is released- the next movie is the company pipeline is starting to get some love. “The Croods” is on deck and ready to show it’s stuff. First look is now available with the first trailer from the animated film now available.

Sony Pictures Animation troubled production of the 3D animated Hotel Transylvania has something to show for the nearly 10 years in production it has seen. A first trailer. A first look at Adam Sandler’s Dracula as he parades around his stylish resort for overworked monsters.

Ready for a first look at Tim Burton’s remake of Frankenweenie? Just released, the first trailer from this stop-motion film due out later this year.