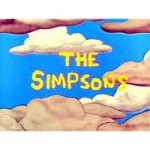 Three episodes of “The Simpsons” are among the five nominees for the Writers Guild of America Award in the category of animation.

Posted by Ethan Minovitz on November 6, 2012

Nuclear plant owner C. Montgomery Burns, of “The Simpsons” fame (or infamy, depending on how you look at it), is backing Mitt Romney for president of the United States.

Ice Age: Continental Drift will feature more than pals Manfred, Sid, Diego, Ellie and Scrat when it premieres in July. Rather than the usual short featuring Scrat chasing his acorn, the fourth Ice Age movie will reach out to America’s most dysfunctional family with The Longest Daycare.

“Homer The Father,” written by Joel H. Cohen, won a Writers Guild Award in the Animation category Sunday, defeating — among others — three other episodes of Fox’s The Simpsons.

Episode 500 of “The Simpsons” set to air Sunday on Fox. Show creator Matt Groening will celebrate the milestone by donating $500,000 to the UCLA School of Theater, Film and Television. The money will endow the Matt Groening Chair in Animation, financing visiting master artists to instruct students in the school’s animation program.

Posted by Ethan Minovitz on February 8, 2012

The heat is on after an Iranian government-affiliated agency added dolls of Simpsons characters to its blacklist of toys.

CotD: Its not quite Halloween until we get our yearly dose of Simpsons Scaries in shows like Seasons 4’s “Treehouse Of Horror III”