Beijing-based Light Chaser Animation announced that it will release its first feature, Little Door Gods, on January 1, 2016 in China. The studio is on record that their goal is to create a “world-class animated film with a Chinese cultural touch.”

As the end of the year rolls around, nearly every site and station is picking their top ten this and best of the year that…. and we will also fall into this meme. Our list shall be what we consider the best animated feature films of the year, without regard to box office, previous awards…

The Golden Globes have announced their picks for the Best Animated Feature Film of the year. Sponsored by the Hollywood Foreign Press Association, the Golden Globes picked the five nominees for the award.

Here’s hoping you like Rudyard Kipling’s The Jungle Book…. because you are about to get three animated feature versions in as many years. Based on their popular animated series of the same name, DQ Entertainment will be the first out of the gate with their The Jungle Book. 2015 will see Disney’s second bite at…

The French CGI animated feature Astérix: Le Domaine des Dieux (Asterix: The Land of the Gods) has released it’s first trailer. This long-running series, this will be the first CG animated feature in the Asterix series. The film is directed by Alexandre Astier and Louis Clichy, with animation by Mikros Image Animation Paris. Budgeted at…

British Academy of Film and Television Arts or BAFTA- the British version of the Academy Awards- has announced their nominees for the 2014 awards, including the animated films under consideration. Three films are nominated for both the animated feature competition and the animated short category. Previously known as Short Animation, the shorts competition has been…

Canadian and South Korean animated co-production The Nut Job has a new trailer online. Based on Peter Lepeniotis’ 2005 short Surly Squirrel, this film is ToonBox Entertainment’s first feature length film. This film has a planned release date for January 17, 2014, and features the voices of Will Arnett, Brendan Fraser, Katherine Heigl and Liam…

10 Shorts Lined Up For Oscar!

Though it hardly seems like it, it is Oscar Time! The Academy of Motion Picture Arts and Sciences has announced their short list for the Best Animated Short Film category. This is not the final list, but the final five will come from this list. Canada’s National Film Board leads the pack with three shorts,…

And The Best In Animation Is…. Annie Award Winners 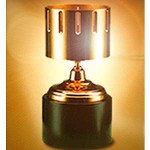 Through most of the night, things look pretty well split up between the big studios, with one award going to DreamWorks, the next to Pixar, then to ParaNorman, and then to Disney. But when the big awards came down, it was all Disney, with Wreck-It Ralph pulling in Best Music, Voice Acting, Directing and Best Feature. Disney short Paperman won for best animated short.