Cartoon of the Day: Cinderella 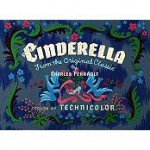 Cartoon of the Day: Rango 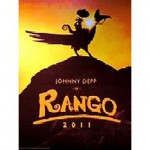 Released two years ago today, and last year’s winner of the Academy Award for best feature animated film, the cartoon oif the day is Rango. Directed by Gore Verbinski and starring Johnny Depp- wow, that sounds like a couple of pirate films we know- this stylish western was on the tops of many lists last year. Let us know what you thought of this one. 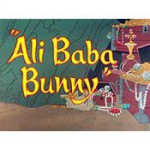 A short so funny we could make it a cartoon of the week, Ali Baba Bunny released on this date in 1957. One of the classic Chuck Jones Bugs Bunny pairings, this one also included the running gag about “I knew I should have taken that left turn at Albuquerque…”

Cartoon of the Day: The Early Bird And The Worm 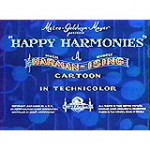 Today’s CotD takes us back to 1936 for The Early Bird And The Worm. Directed by Rudolf Ising, this color short was from the Happy Harmonies Theatrical Cartoon Series.

Cartoon of the Day: I Yabba-Dabba Do! 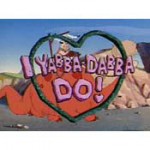 Who is celebrating their twentieth anniversary today? The two stone-age kids that grew up next door to each other- Pebbles and Bamm-Bamm! In 1993, ABC aired I Yabba-Dabba Do!, a special directed by animation giant William Hanna. How tough was it for Fred to give away the bride?

Cartoon of the Day: How To Ride A Horse 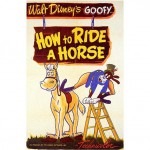 From a sort of informal series, How To Ride A Horse is one of those Goofy shorts that just make you laugh. Goofy is amazing, he can carry a whole short and even a whole series, all by himself.

Cartoon for the Day: Boobs In The Woods 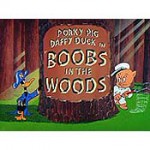 From 1950 we have this classic pairing of Daffy Duck and Porky Pig in Boobs In The Woods. This Looney Tune was directed by Robert McKimson and written by Warren Foster. 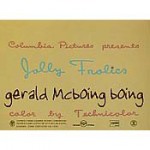 From Columbia and UPA films, Gerald McBoing Boing was an Academy Award Winner in 1951. For such a highly regarded short, it is not rated high at BCDB. What do you think, is this worthy of an Oscar, or is the BCDB rating justified?

Cartoon of the Day: Rebel Rumble 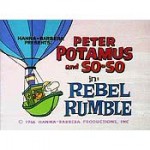 Today’s CotD is Rebel Rumble, an episode from The Peter Potamus Show. Hana and Barbera took a new tack with this show, one that would pay of for years. The studio began selling animated half-hour blocks directly into syndication. The new outlet grew the studio faster than anyone thought possible. After winning in syndication, ABC saw the light and brought this show back to network television.

Cartoon of the Day: So Dear To My Heart 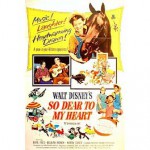